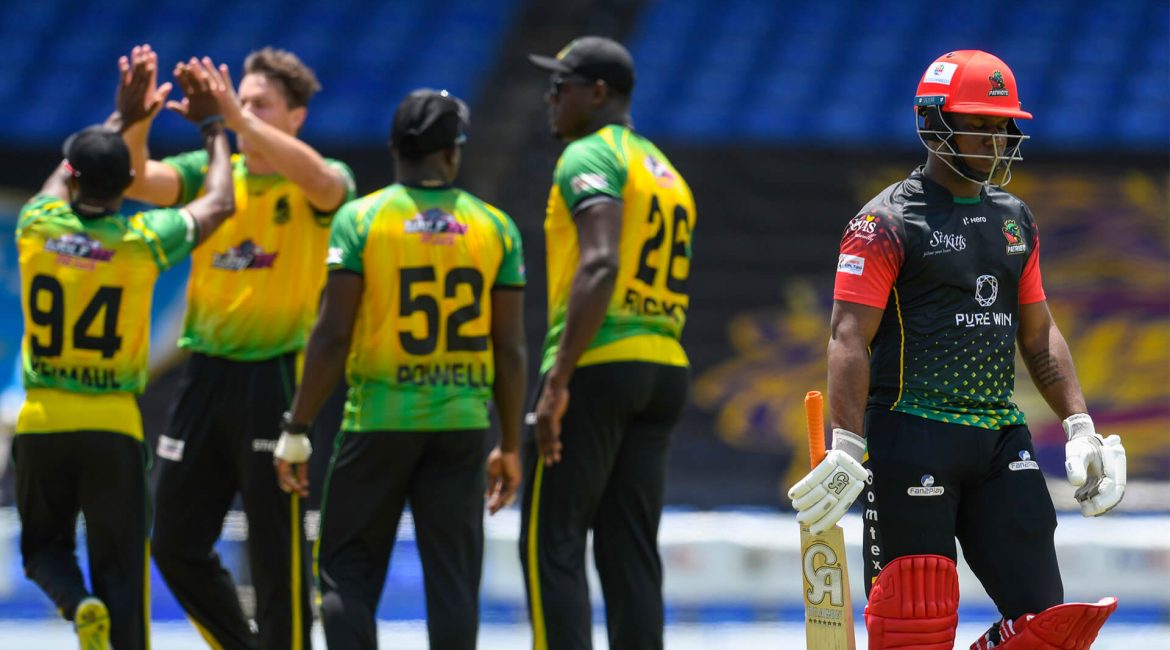 The downward trend continued for St. Kitts and Nevis Patriots as they lost their third successive game in the ongoing CPL. Despite the recent reversals, the Patriots are still in with a firm chance of making the knockouts. The hosts complete their league engagements with back-to-back games against defending champions Trinbago Knight Riders.

Led by Chris Gayle as Dwayne Bravo continued to nurse his injury, Patriots elected to field on a strip that played true. The start was not all that bewildering from Jamaica Tallawahs. The third wicket stand of 54 in 5.5 overs between Shamarh Brooks and skipper Rovman Powell propelled the visitors to 169.

Danger man Andre Russell kept the crowd entertained with a quick fire 28 that included three hits over the ropes. Fawad Ahmed continued his impressive show, however he bowled only three overs while Jon-Russ Jaggesar kept it tight allowing only 20 off his full quota.

Chasing a tough target of 170, the Patriots required their biggest bet, Gayle to fire on all cylinders but it was not to be as he managed only 12 before being castled by Green. Dominic Drakes used the long handle to good effect but by then the game was killed as a contest.

The chase was not really on at any stage. St. Kitts and Nevis Patriots finally mustered 147. Not the kind of return they would have hoped for. All said they are still on top of the table and one big innings from any in the top-order will ensure a quick turnaround and a breeze into the knockouts. The fans across the world would be hoping that the big knock comes from the big broad blade of the Universe Boss.