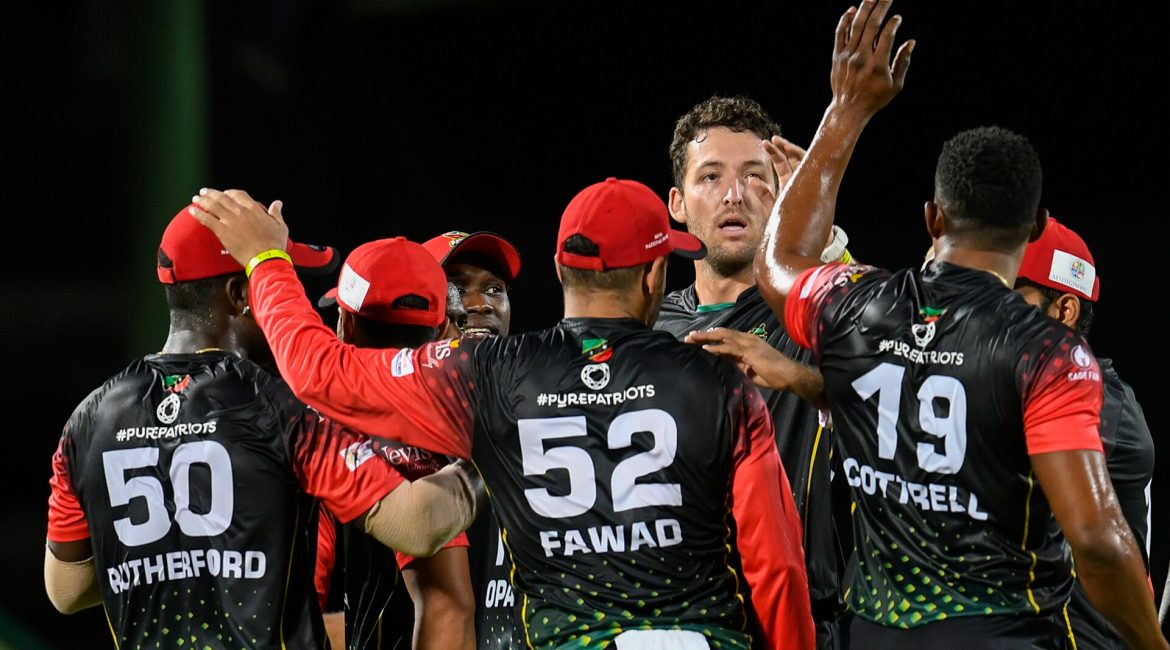 Bravo must be happy for the fact his bowlers did not allow a power hitting combination like Jamaica to run away with a bigger score. The think tank would have expected a tighter all-round effort on the field. The last five going for 54 ensured Jamaica were a touch happier at the break.

A score of 166 with no batsman reaching 28 must be a rarity in the shortest format and it was one of those peculiar days of cricket. Cottrell, Meekeren and Bravo were all brilliant in their full quota of overs. Dominic Drakes who has been the pick of the bowers had one expensive over to show and 23 extras carried the score past 160.

On winning the toss and electing to field, SKNP did most things right. The final tally of Jamaica’s was a touch more than they would have anticipated. The 23 extras from the hosts elevated the score from good to highly competitive.

Requiring a powerful start, Devon Thomas was keeping things steady however Evin Lewis continued his good form at the other end. For a debuting Ravi Bopara, his performance was quite respectable but still the Jamaicans had the upper hand in turning the game around.

St. Kitts and Nevis Patriots unbeaten run continues as they best Jamaica Tallawahs by six wickets with 2.2 overs to spare in the CPL here at Warner Park. Chasing a challenging 167 to win, SKNP were pushed back by some poor batting in the middle overs before their savior Rutherford did what he does best.

Game on a razor edge; trust Fabian Allen and Sherfane Rutherford to pull it through. With 50 required off 30 deliveries, the left-right combination indulged in some fierce hitting that settled more than a few nerves and added to the points tally and net run rate.