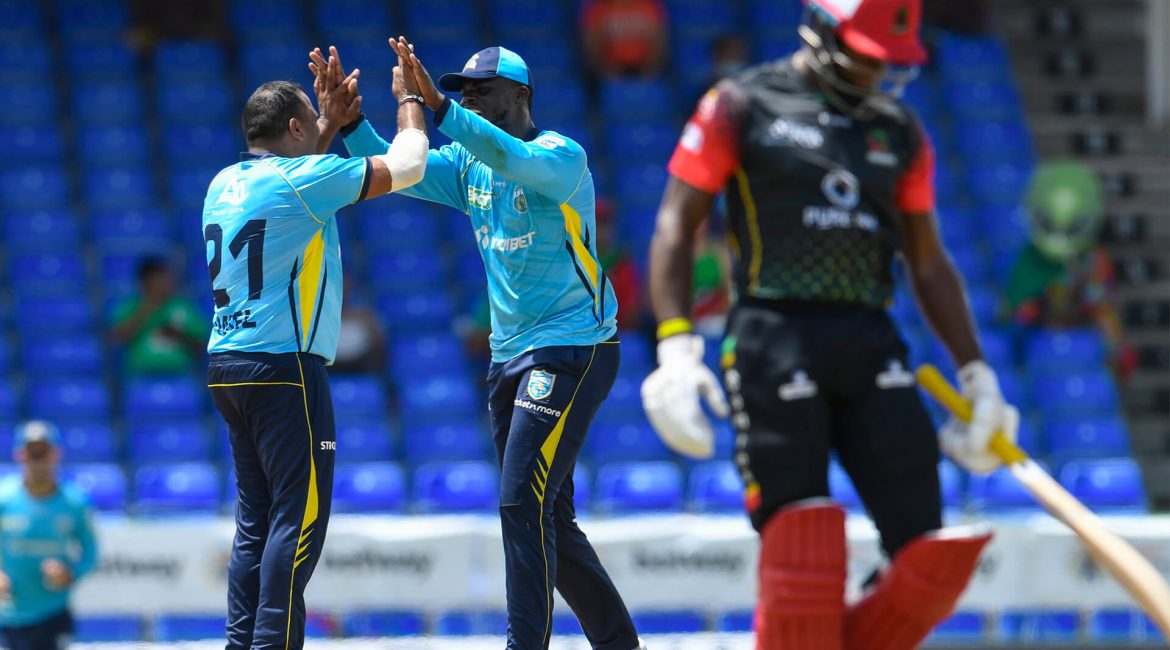 There is a reason why captains stress on ‘Momentum’ in T20 Leagues around the world. Once a team hits winning form it’s generally carrying on the good work from there. At the other end of the axis, teams have also derailed losing steam towards the business end of the tournament.

St. Kitts and Nevis Patriots might not be in the danger zone yet. They have procured enough insurance in registering five successive wins, however the twin defeats to St. Lucia Kings and the manner of the reversals should certainly push the hosts back to the drawing board.

For starters the team balance was upset with Bravo not being available for the game. The Patriots under new skipper Chris Gayle, won the toss and elected to bat. Success with the coin was the only thing that went their way as the batsmen floundered against a solid bowling attack.

Only Devon Thomas and Fabian Allen were able to do a little bit of magic with the bat. Once they were shot out for 118 in the 20th over, the writing was pretty much clear and not much of a challenging target was set for the St. Lucia Kings to chase down.

Taking the new ball, Fabian Allen did pick an early wicket and then had the centurion from the previous game, Faf du Plessis as well but it didn’t do much to the context of the game. Despite that, Roston Chase continued his ongoing form and made things easy for the St. Lucia Kings eventually.

With the asking rate well under control, Patel was content in playing second fiddle. But holed out with victory in sight, the target was achieved with much to spare and the whole weekend of cricket eventually turned out to be a learning curve for the Patriots as they now look to regroup and bounce back stronger.