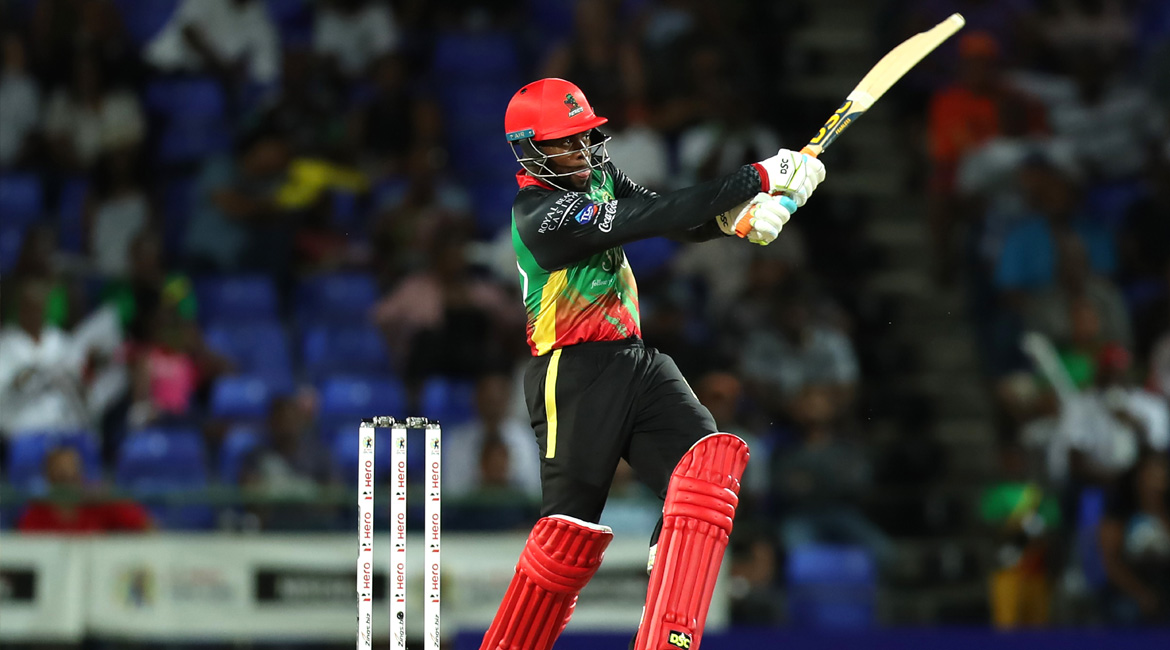 An unbroken 94-run partnership for the seventh wicket between Fabian Allen and Keron Cottoy set St Kitts & Nevis Patriots on their way to a 20-run Hero Caribbean Premier League (CPL) victory over Jamaica Tallawahs despite Glenn Phillips smashing 87 from 49 in reply.

The Patriots looked sure to finish below par when skipper Carlos Brathwaite was sixth out with just 82 on the board in the 13th over, but Allen launched a controlled and clinical assault on the Tallawahs bowling and found a willing ally in Cottoy, who would later pick up the all-important wicket of Phillips.

Incredibly, Allen and Cottoy were able to add 81 without loss in the last five overs of the Patriots innings as the Tallawahs bowlers lost their way after an exemplary first 15 overs.

Openers Devon Thomas and Evin Lewis were both dismissed inside the first three overs, and a promising recovery partnership between Mohammad Hafeez and Laurie Evans ended in a mix-up and the latter superbly run out by Ramaal Lewis.

Hafeez, Shamarh Brooks and Brathwaite all then fell in the space of 12 balls to leave the Patriots up against it.

Allen took an over or two to play himself in, but soon exploded into life. He had just 6 runs to his name from seven balls going into the last five but added another 56 runs from just another 20 deliveries.

He started his counter-attack by taking Zahir Khan for four boundaries in the 16th over before driving Jade Dernbach high and handsome over long-off for a Hero Maximum in the next.

Shamar Springer was swivel-pulled over long-leg for six more, while Allen took 10 in two balls from Dernbach’s 19th over as the former England bowler’s control deserted him.

Cottoy had been the quiet partner through much of the stand, but had some fun of his own in the final over with a lap over long-leg for six and ended unbeaten on 27 from 23. It was Allen, though, who had the final word as he clipped the last ball of the innings past short fine-leg for his seventh four to go with three sixes.

That the Tallawahs even got close was almost entirely down to Phillips.

He produced what was almost a lone hand – no other Tallawah even scored a boundary until the 11th over, by which point Phillips had struck 12 of them – but was just left with too much to do.

Every time a wicket fell – and three fell before the score reached 50 – Phillips had a response. When Gayle succumbed to the early pressure applied by Mohammad Hafeez and Sheldon Cottrell, Phillips took 18 runs from the four balls left in the over. Three times Cottrell was put away through the offside for four, while a straighter delivery disappeared over square-leg.

When Chadwick Walton chipped a return catch to Alzarri Joseph, Phillips took a six and a four off Allen in the next.

And when Dwayne Smith miscued Joseph to be caught at mid-off, Phillips found the boundary twice before that over was out.

By the time Phillips took Brathwaite for back-to-back Hero Maximums in the ninth over, the scorecard had a bizarrely lopsided look to it, with the Tallawahs 79/3 and Phillips having scored 68 of them.

He finally got some assistance from a slightly unexpected source, Imran Khan promoted up the order to number five and contributing 20 to a fourth-wicket partnership of 69 before offering a return catch to the deserving Hafeez. That wicket came from his final ball having conceded just 13 in his four overs.

That wicket brought Andre Russell to the crease, but on this occasion his stay was a brief one. Going for the big shot first ball he succeeded only in skying Rayad Emrit to Cottrell at midwicket to hand the initiative back to the Patriots.

Phillips finally fell in the next, looking for his sixth Hero Maximum of the night but unable to clear Brooks at long-on.

Javelle Glen then steered Emrit straight to short third-man to leave the lower order to try and finish the chase. Despite a couple of big hits from Shamar Springer, it proved beyond them.