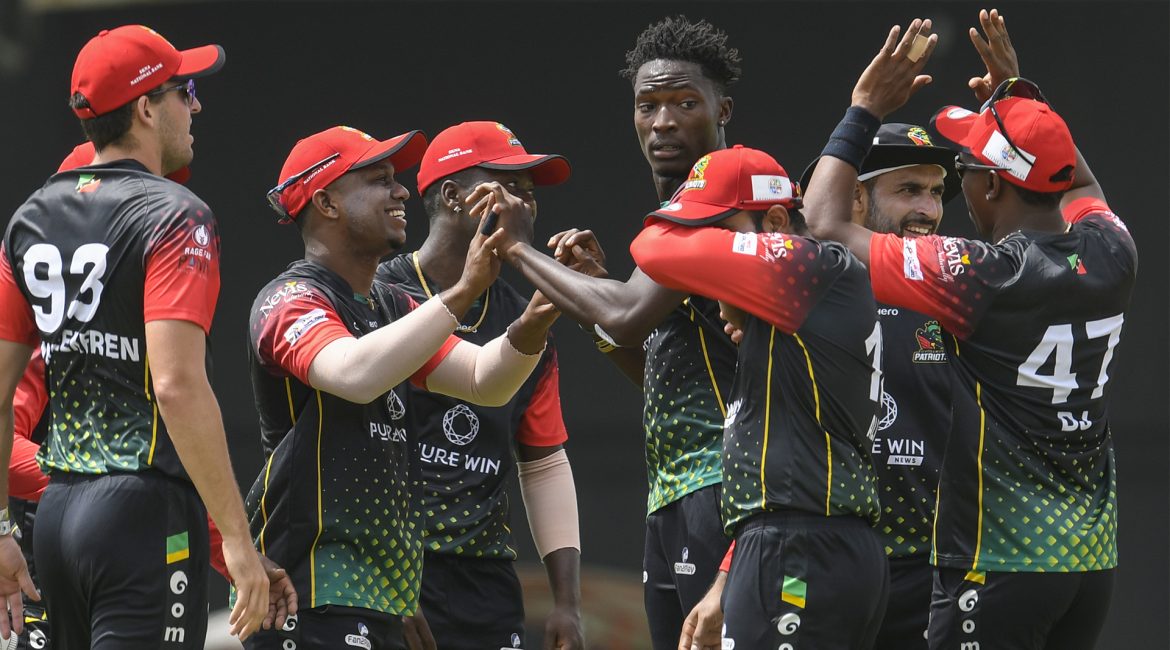 Back 2 Back Glory for the Patriots

Dwayne Bravo does bring in a winning culture to wherever he goes. Lifting a side that struggled last season this quickly is no mean feat. His imprint has been massive so far as St. Kitts and Nevis Patriots registered another emphatic victory against Guyana Amazon Warriors. SKNP however missed a trick and slowed down towards the end of the chase, the NRR could have received a further boost.

In Pursuit of a moderate 147, on a wicket that had settled down well, openers Evin Lewis and Devon Thomas made it a near no contest with a swashbuckling 113-run stand. Even while Thomas was striking at a run a ball, Lewis muscled it around with his clean strikes. The whirlwind knock deserved a bigger crowd.

Despite the dismissal of Rutherford, SKNP coasted home by eight wickets in the penultimate over and in turn firmly announcing themselves as title contenders.

Earlier, for the second game running, SKNP were clinical with the ball and in the field. On a wicket that was slightly on the slower side, a good 32 dot balls in the first half of Guyana’s innings restricted the score to 70.

The visitors were never allowed an extended good phase of play. Wickets at regular intervals ensured the scoring was always kept under check. Sheldon Cottrell and Dominic Drake were both impeccable with their length and kept a tight leash.

In a hurry to get the scoreboard ticking, Guyana lost wickets in a cluster. It took some clean striking from C. Hemraj and the experience of M. Hafeez to give the final tally some respectability. The only time when SKNP were really under the pump was when Nicholas Pooran went berserk but his innings was cut short when he tried to sweep Fabian Allen, managing only a top edge to short fine leg.

The game was at an interesting point when Pooran played that poor shot. Credit to skipper Bravo who attacked with an aggressive field while the spinners operated. On this strip, one that also turned a little, the duo of Allen and Fawad Ahmed could have done slightly better than a combined 8-69-3. Spin in the middle overs is one area Bravo would like an improvement. There was little else to worry about for a side that has hit the straps running.