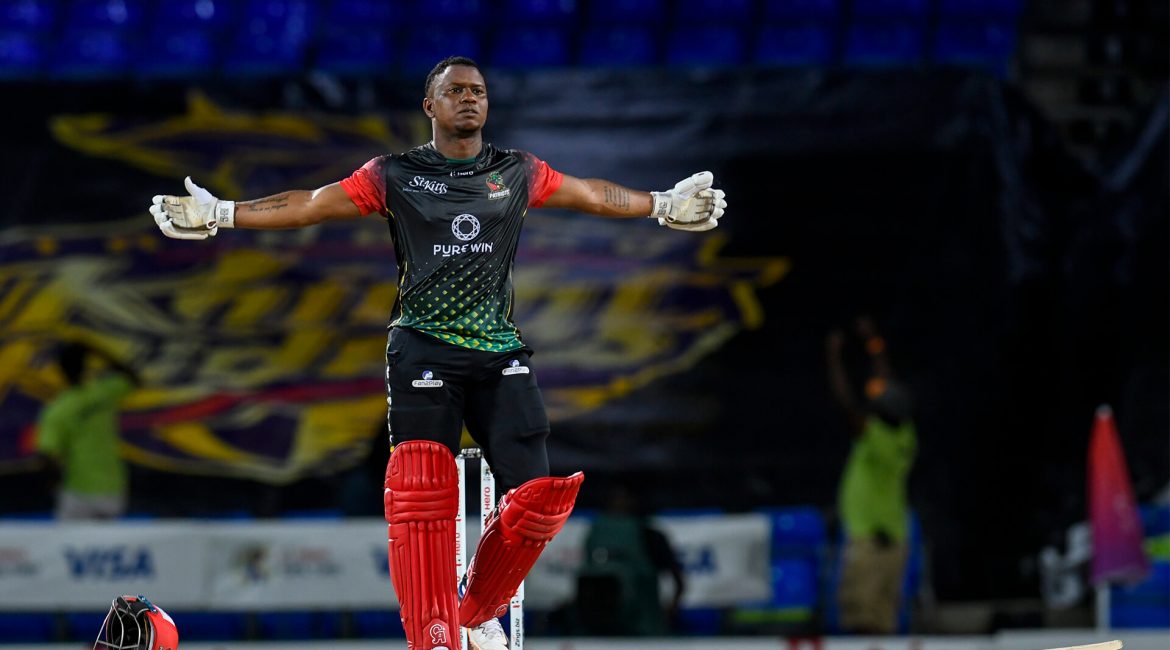 The good news for SKNP arrived early when Dwayne Bravo walked out for the toss. The strategy to chase down a target continued. The new ball duo of Sheldon Cottrell and Naseem Shah justified the decision by keeping things tight. For a top-order blessed with numerous names who can win a game off their own bat, the defending champions had an off day.

The run rate hovered around the seven mark and it was finally left to the long handle of Narine to take it close to 160. Contributing a timely 33 off 18 with four hits over the fence, the spinner ensured his colleagues had something to bowl at.

Bravo did not bowl but made up for it adequately with his field placing and rotation of bowlers. It was the first poor day in the office for Fabian Allen as he went for 34 in three overs. Gayle was forced to bowl one over, which in turn proved quite helpful for the hosts.

Despite the negative net run rate, SKNP are now on top of the table again with all six teams having one game to go in the league.

Chris Gayle returned to form with a quick fire 35 and it was difficult to comprehend whether it was the same for a team that looked in disarray not long back. With all the pieces of the jigsaw firmly falling in place and their final league encounter also against the same opponents, SKNP could not have aspired for a better way to approach their semi-final clash.

During the course of his thoroughly entertaining innings, Lewis also became the tournament’s top run getter and six hitter. It was an absolute carnage from the start. Barring Sunil Narine, no other bowler was spared. Such was the assault on the attack that 42 runs were scored off the two overs that ushered in wickets.

Whatever wish you had, you just had to ask Evin Lewis and he would have got it granted. It was that kind of day at the Warner Park where he could not put a foot wrong. In pursuit of 160 against Trinbago Knight Riders, the southpaw made it a no contest with a ballistic 101 off 52 to ensure the hosts’ book their rightful knockout spot in the ongoing CPL.