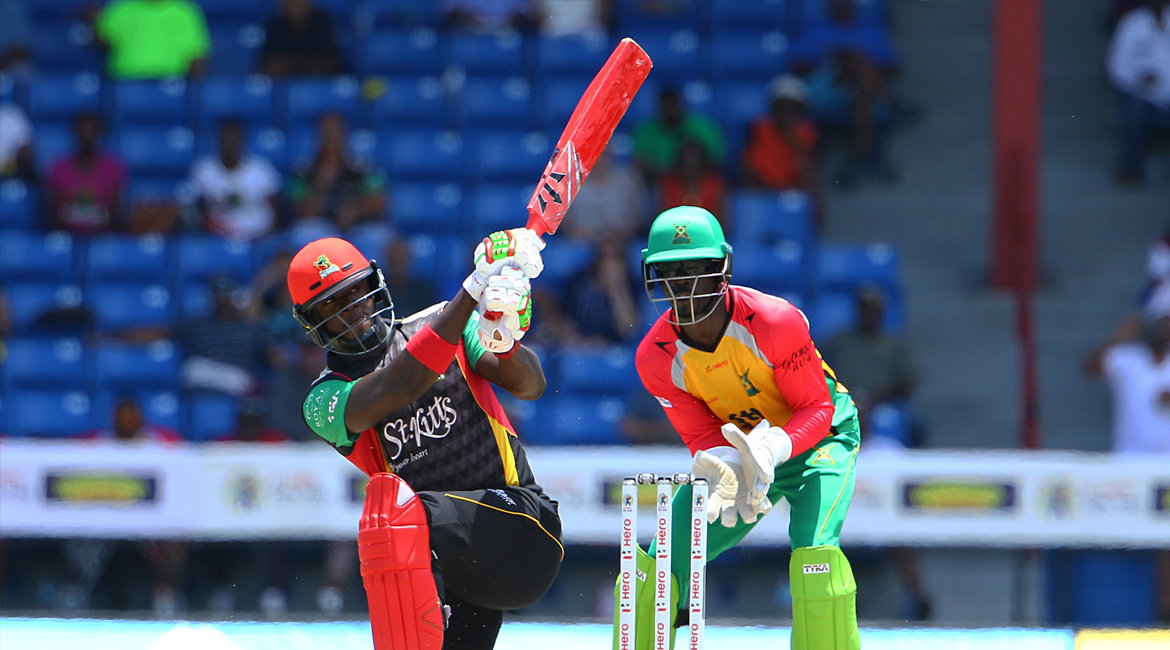 There has been a lot of changes in the St Kitts & Nevis Patriots team for 2019, with a new coach in place, Chris Gayle leaving for the Jamaica Tallawahs, and a very differently looking squad lining up for the new season which gets underway for on 4 September.

One of the players who has been with the Patriots from when the franchise was formed in 2015 is Carlos Brathwaite, and he will be back in Patriots colours for the upcoming season, and this year he will be captaining the side. He says he cannot wait to get the season underway.

“I’m very excited! I think we had a good last couple of years where we challenged really well on the field, we went to the final and then we made it to the playoffs as well. So this year is about trying to continue that same thought process, that same set of game plan and try to be as attacking as we could potentially be. Obviously we had Chris [Gayle] and Evin [Lewis] at the top,

“Chris is now gone so we need to find a replacement for Chris, probably not in the same style that he would play, but with the results that he would normally bring to the team. Obviously that’s another big character gone in the dressing room as well so we have to manoeuvre slightly differently but we need the same results where we challenge for the top four and then once we get to the top four, we challenge for the title.”

Gayle was a big part of the recent success the Patriots have achieved, but he has now moved back to his native Jamaica Tallawahs. Brathwaite says he had a huge impact in the Patriots dressing room, and on him as a player.

“I think people look for the shouting and the ‘hurrah’ and Chris is not necessarily that. He’s more calm, collective, cool. He leads by example. He has the respect of everyone in the dressing room, so whenever he speaks you know his words are worth the weight in gold. I think a lot of people take his coolness and his calm persona for granted but there’s very much a whole heap of respect in all the dressing rooms I’ve been fortunate enough to play alongside him in, everyone in the dressing room gives him maximum respect.”

Even without Gayle, the Patriots have a very strong and experienced squad for the 2019 season. They have six players who took part in the recently concluded cricket World Cup, including Brathwaite. With the likes of Sri Lankan all-rounder Isuru Udana, Pakistani stalwart Mohammad Hafeez and West Indian talent like Lewis and Fabian Allen the Patriots will be looking to make it to the knockout stages for a third successive year.

Brathwaite says that mix of international and local talent is such a huge part of the CPL for players, with the tournament allowing Caribbean players to develop their game as well as leaving a lasting impression on overseas stars.

“It helps to mature one as a person and then on the field it’s good to get ideas and get different ways of thinking and playing the game. So I think as a person, it’s helped massively and I rate it right up there with some of the best leagues in the world that I’ve played with.”

“What I really like about the dressing rooms in the past is that the overseas players leave with two or three favourite local songs, so we more than impart our culture on them which is very important as well because we need people to see the side of the Caribbean that is not always seen, the side away from cricket. So I think it’s very good for the different islands to spread our culture as best as we can through cricket.

“You also meet up with players that you would’ve played and shared a dressing room with in CPL, in other franchise tournaments as well. And that makes it easier to gel. So CPL has been massive, not only for me and not only for a lot of boys in the Caribbean but for the region as a whole.”

Carlos Braithwate will be playing for the St Kitts & Nevis Patriots at the 2019 Hero Caribbean Premier League. The tournament runs from 4 September to 12 October 2019.