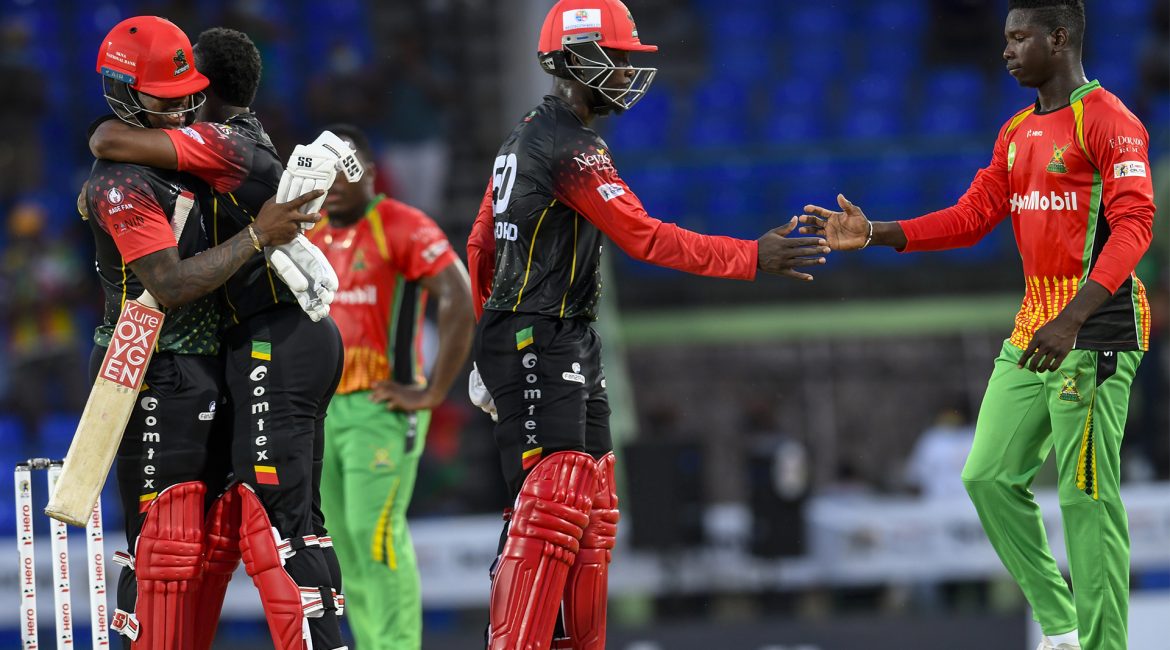 Put Sherfane Rutherford and Dwayne Bravo together and add Guyana Amazon Warriors in the opposing camp and a quality partnership is as inevitable as Tax. Coming together when 90 were required off 55 deliveries, the duo stitched a 72-run stand and even with Bravo’s dismissal, Rutherford kept his calm and struck two sixes off Naveen-ul-Haq to help St. Kitts and Nevis Patriots string their third successive win in the CPL.

Chasing a tough 167 for a win, SKNP were well served by Rutherford who hit his second fifty of the league and made light work of the task.

The start was not whirlwind, Devon Thomas and Evin Lewis struggled for timing and found it difficult to rotate strike. It was more like a slog or block situation but Guyana’s generosity with extras kept SKNP in the hunt.

At the halfway mark, SKNP had trudged to 73 for loss of two wickets and Thomas failing to read a Imran Tahir googly pushed the chase further back. The asking rate climbed steadily but the unfazed pair had other ideas.

Guyana after winning the toss and electing to bat did themselves a huge favour by not losing a wicket during powerplay. This ensured no momentum was lost at any point. By having wickets in hand, it was a steady flow of runs throughout.

The experienced Mohammed Hafeez and C. Hemraj provided a solid start by adding 47 for the first wicket. Despite their individual strike rate not threatening a steady flow of extras ensured SKNP was left behind in the battle.

The innings received further impetus when Shimron Hetmyer opened his shoulders to launch a brilliant counter attack. His 35-ball 52 ensured Guyana had a good score to defend.

Paul van Meekeran was brilliant with the ball. Continuing his impressive show, the Dutchman struck to a tight line and length and in going under a run a ball, did his side a huge favour. The other bowlers had a slightly off day at the office and it showed in the final tally.