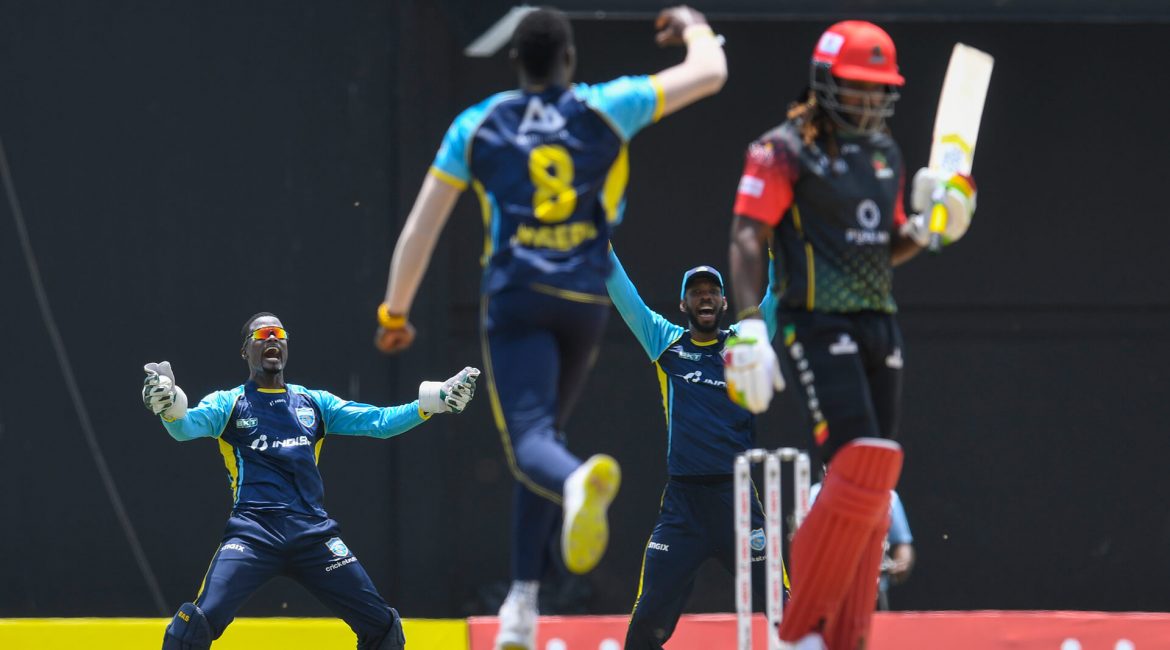 It took an extraordinary knock from the experienced blade of Faf du Plessis to finally stop the St. Kitts and Nevis Patriots juggernaut in the ongoing CPL. Electing to field, the table toppers were stunned by the consistent assault from the South African and later by Roston Chase. The dynamic duo propelled the score to 224, setting a near impossible target to Bravo and Co.

Du Plessis was in his element right from the word GO. The two wickets that fell hardly perturbed the veteran as he continued to rampage. Every bowler was tested and so were the fielders. Chase added to the misery by finding the gaps consistently as St. Lucia Kings posted a mammoth score while Du Plessis went on to register the maiden hundred of this edition.

The spin twins, Fabian Allen and Fawad Ahmed did hold themselves well despite the huge run flow and that was a big positive for the Patriots.

The chase turned out to be one of the most challenging ones. The ball striking ability of Evin Lewis kept the crowd in good spirits but unfortunately the other batsmen were unable to match the hard-hitting Lewis. The left-handed opener struck another half-century while continuing his good form.

The 100-run defeat was heavy from a Net Run Rate perspective but the Patriots with four more games to play, remain firm favourites to cross over to the knockouts.