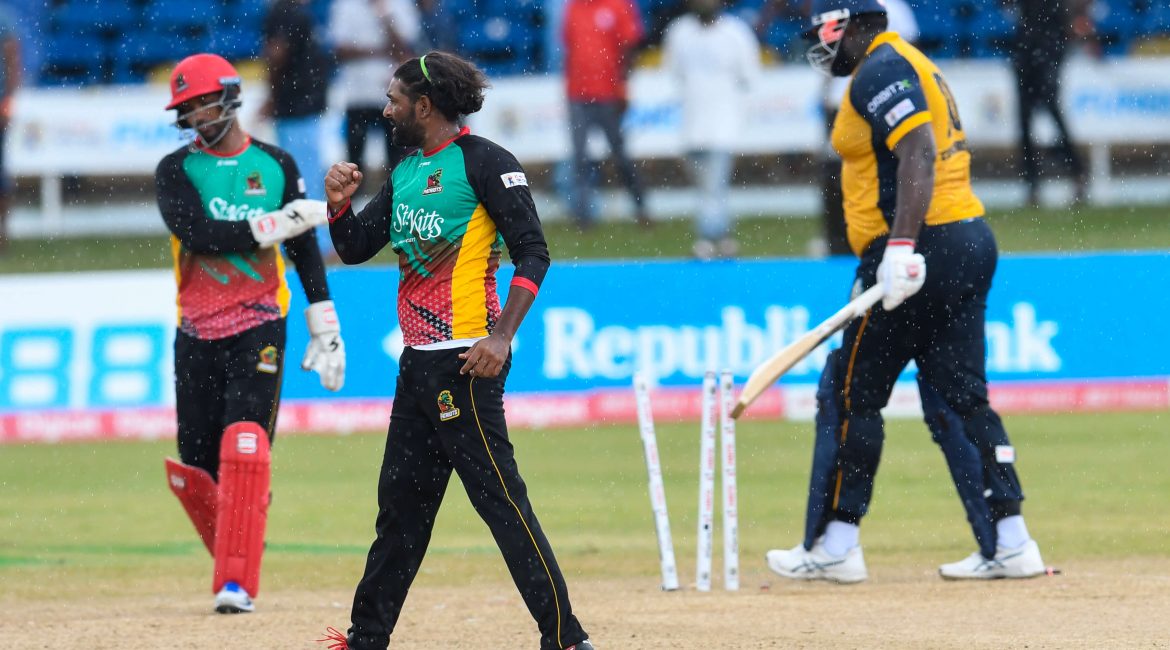 St. Kitts and Nevis Patriots were hit hard as their lack of nous against spin stood exposed against a spirited St. Lucia Zouks at the Queens Park Oval. Zouks hurried to their paltry target of 111 in just 14.4 overs as the Patriots were left languishing at the bottom of the table in the Caribbean Premier League 2020.

Leg-spinner Imran Khan picking three quick wickets was the only high point in the second innings. There was hardly any purpose in the field and that only made the task ahead simple for the Zouks.

Earlier Mohammed Nabi proved there is space and time for the finger spinner in the shortest format. With figures of 4-0-15-5, the Afghani all-rounder ran through the Patriots and made it a virtual no contest.

There is a reason why Darren Sammy is a successful T20 captain. His reading of the conditions at the Queens Park Oval was spot on. If electing to bowl was a good call, using only one over of seam in the first 17 overs was a masterstroke.

Spin was the real deal on a strip that was slow and offered turn. Fortunately for Zouks, they had the arsenal in the department to make most of the conditions available. The team batting should know they are in deep trouble if they reach 50 in the 12th over. Wickets at regular intervals hardly helped the Patriots.

Nabi did possibly everything his team would have wanted. As many as four quick wickets in three overs pegged Patriots back. The batsmen were guilty of either trying to be cheeky or take the cover off the ball. The situation demanded a bit of technique and temperament against quality spin, and visibly it was found lacking.

Ben Dunk who has been one batsman and has been in some rhythm, held the innings together with a well compiled 33. It took the long handle of Rayad Emrit and Alzarri Joseph to take the score past the three-figure mark.

The last three overs saw 38 runs being picked and that was when the seamers were re-introduced. Taking pace off the ball was the key and clearly, Patriots did not see that, handing over the new ball to Sohail Tanvir who was duly picked for 20 by Rahkeem Cornwall in the first over. That sort of summed up the match and the campaign thus far.