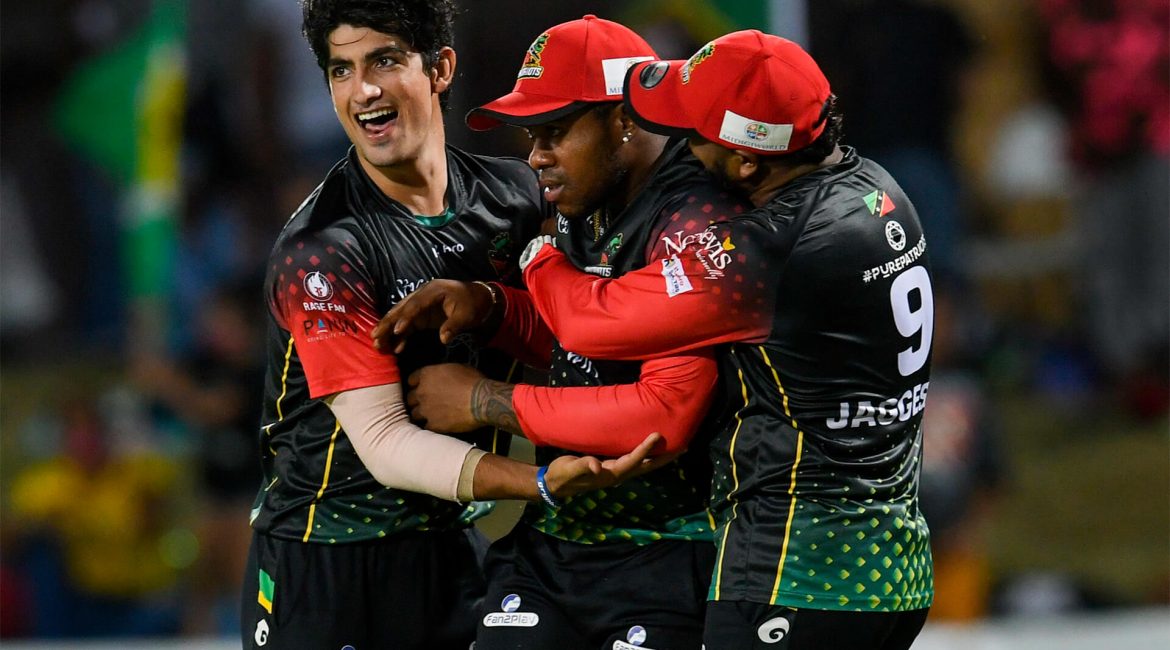 Earlier, playing a much different combination in their final league game, SKNP did well to muster a slightly below par 147. Evin Lewis, the centurion in the previous game was rested and that allowed Chris Gayle to open. Joshua Da Silva finally got a good innings in and duly registered a 50.

Sherfane Rutherford and Bravo spent some much required time in the middle before the knockouts. Ali Khan was the pick among the TKR bowlers picking three wickets for only 19 from his full quota. At the end of the innings, SKNP required to quickly dislodge Pollard to entertain any chance of winning but that was not to be.

Chasing an attainable 148 on a pitch that played true, Trinbago Knight Riders struggled, as Pollard continued to be unstoppable. In the end it took the calming influence and a couple of hits over the fence from Isuru Udana to take the visitors home in the 19th over. Fawad Ahmed was yet again the pick of the bowlers.

Take Kieran Pollard’s 22-ball 51 away and the contest and result would have been a different picture. Such was the impact from the skipper’s big broad blade that all through it looked like he was playing on a different surface against a different set of bowlers.

Trinbago Knight Riders finished on top of the table, thanks to their superior net run rate. Guyana Amazon Warriors and St. Kitts and Nevis Patriots (both 12 points) took the next two spots while St. Lucia Kings claimed the final knock out spot finishing their engagements with 10 points.

Best of Luck to @dommie48 who is in the Playing XI

#SKNP Fam, @evinlewis17 is here to help set in the

It's Time to get rid of your #MondayBlues 😉 On

Best of Luck to @keacycarty who is in the Playing