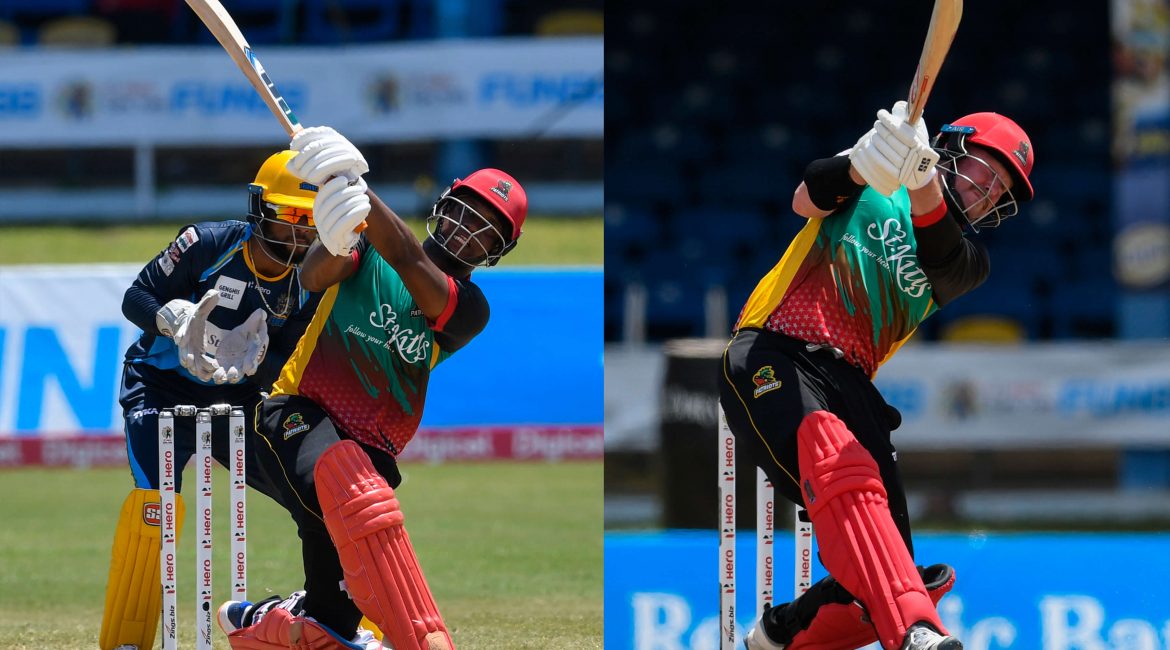 An innings of exceptional quality from Evin Lewis (89 off 60) and a strong finish by Ben Dunk ensured St. Kitts and Nevis Patriots crossed the line for the first time in the CPL 2020. The six wicket win kept the former finalist’s hopes alive.

Barbados Tridents setting a target of 152 must have set the St. Kitts Patriots hearts aflutter. It was similar to the task the Patriots faced in their lung opener. However Lewis ensured the trend was reversed at the Queens Park Oval.

Openers Chris Lynn and Lewis got their side off to a flyer but Lynn fell once again while promising much. His fall at 16 (fourth successive score of less than 20) and J Da Silva nicking one to the wicket-keeper, made it a all too familiar script for the Patriots.

Lewis had different ideas though. As many four sixes of Walsh Jr. settled the mini battle firmly in favour of the bludgeoning southpaw. The first half-century for SKNP in this CPL could not have come at a better time. The manner in which he kept the chase going was commendable. It was the just result to one of the better efforts with the bat this CPL has seen.

Earlier, the Tridents hardly got the start they would have fancied. A mere 39 with the field restrictions on and a further 20 at the half way mark was mainly due to some disciplined bowling. The local lads would have gladly taken 151 at this stage.

It took some brilliance from Corey Anderson and Ashley Nurse to bring about a comeback. In 36 deliveries between them, the duo struck 56 to give the innings the much-required fillip. Even then the Patriots pulled things back to keep the target under manageable proportions.

No credit will be high for skipper Rayad Emrit. He was positive with his field placing and as normal practice, quietly slipped in his four overs for not much. Emrit must be the most underrated captain in franchise cricket. He slips under the radar and loves to get his job done while being away from the spotlight.

Jon-Russ Jaggesar with his craft and guile proved to be the most valuable bowler for the Patriots. Not many can return with the figures he did when up against a set of heavyweight batsmen. In keeping the target around the 7.5 RPO mark, the Patriots must have definitely fancied their chances.