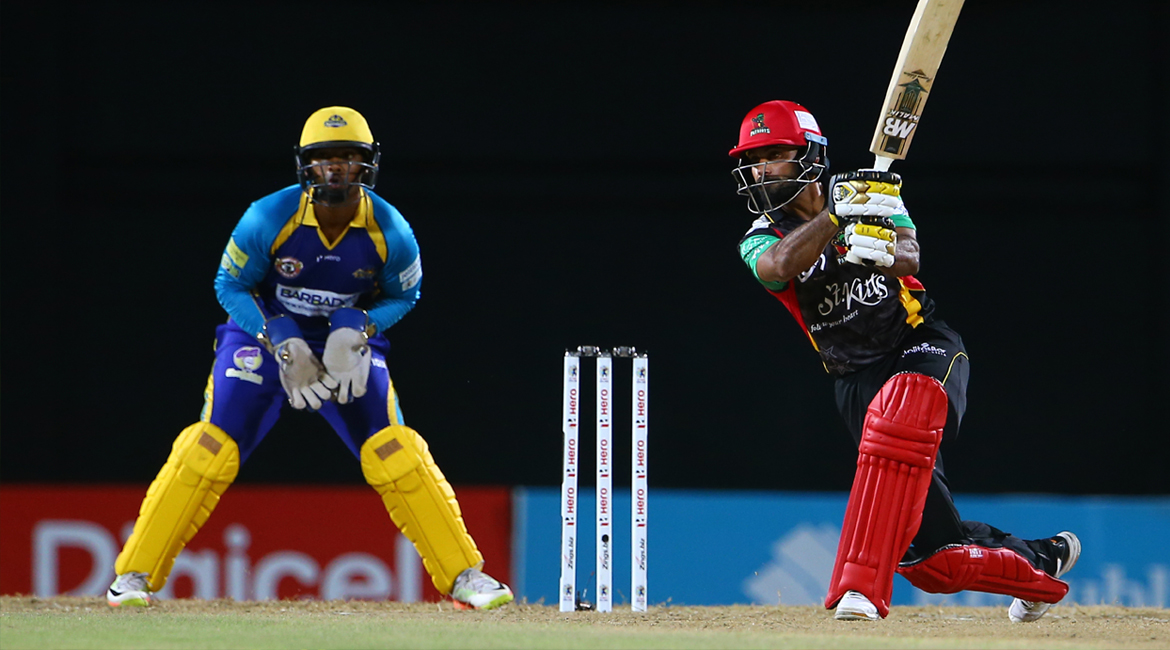 Mohammad Hafeez will be joining the St Kitts & Nevis Patriots for the 2019 tournament which runs from 4 September to 12 October. Hafeez will be replacing Rassie van der Dussen who is now unavailable due to international commitments.

Hafeez has played for the Patriots before, representing them during the 2017 tournament, a year where the franchise finished as runners-up, losing in the final to the Trinbago Knight Riders. That season Hafeez finished with 120 runs and seven wickets for the Patriots.

Hafeez brings a huge amount of experience to the Patriots squad having played 55 Tests, 218 ODIs and 89 T20 internationals for Pakistan. With more than 5000 runs and 162 wickets he will be an important part of the Patriots squad when they get their campaign underway against the Trinbago Knight Riders in the opening match of the tournament on 4 September.

Robin Singh, the Patriots’ Director of Cricket said: “We are delighted to have someone with so much experience in T20 cricket joining our squad for the 2019 season. Hafeez is a fantastic player who has had experience of cricket all over the world. We are certain that he will be a huge success at this year’s event, and we are really looking forward to him joining us at our training camp ahead of the competition.”

Mohammad Hafeez said: “I really enjoyed my time with the Patriots in 2017 and was very pleased to be asked to join them for the 2019 season. The CPL is a competition which has got better every single year and it is great to be involved again after a season off. The Patriots have a really strong squad this year and I am really looking forward to joining up with the rest of the boys.”