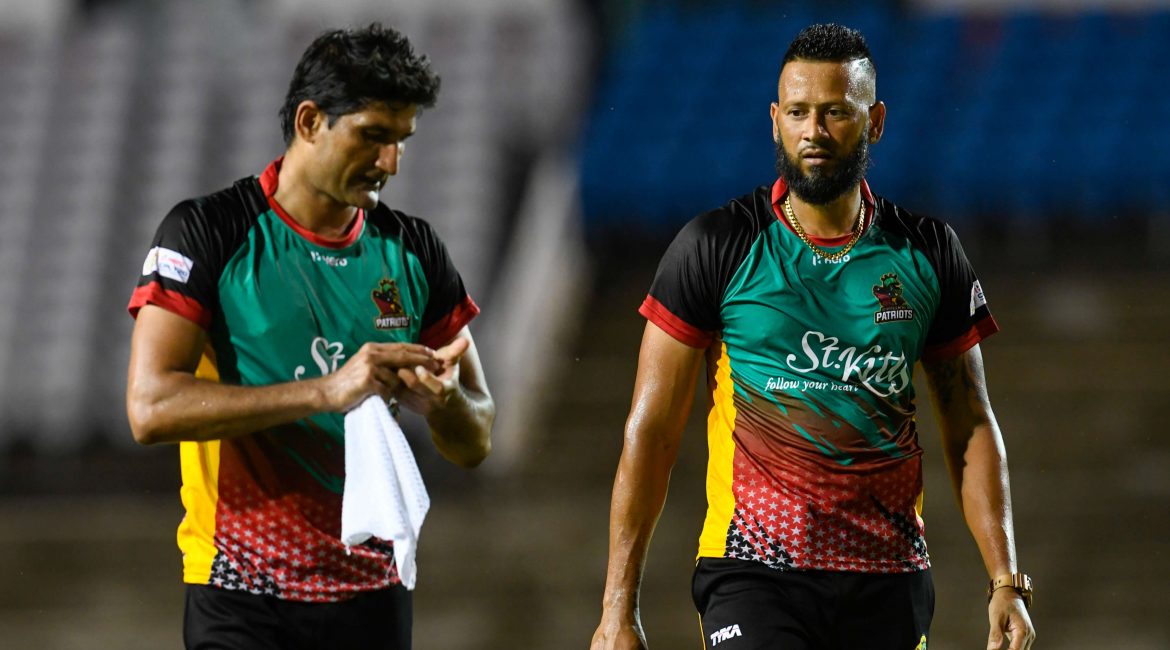 Patriots and their First Encounter

It was so near yet so far for St. Kitts and Nevis Patriots as they went down fighting to Barbados Tridents in their opening encounter of CPL 2020 at the Brian Lara Cricket Academy on Tuesday. Chasing a tricky 154 for a win, St. Kitts fell short by six runs. Sohail Tanvir’s long handle came in a little too late.

St. Kitts were always behind the eight ball on a track that was on the slower side. With three good spinners in their ranks, Tridents picked wickets at the right moments to dry runs and in turn deny momentum during any point.

In trying to hit the ball too hard on a slow track, Chris Lynn and Evin Lewis handed the advantage to Tridents. The early setbacks had little effect on Ben Dunk though. With a few calculated hits, the Queenslander ensured St. Kitts reached 73 at the halfway mark and remain in the hunt. CPL debutant J Da Silva’s valiant effort was not good enough for the day.

Earlier Tridents ushered in a stop-start stop campaign, finally pulling through with an unbeaten 25-run stand for the tenth wicket between Khan and Walsh to post 153. The innings revolved around two swashbuckling efforts. Kyle Mayers and Jason Holder carted an attack that suddenly preferred a shorter length.

The first four overs indicated a completely different picture with the ball wobbling around, indicating a ‘Test’ match length more productive. Lack of match time showed with both teams as they struggled to get to their best.

Sheldon Cottrell and veteran Sohail Tanvir ensured three quick wickets. Runs were so hard to come by that the first time the ball made the boundary or over it was not until the 26th delivery. The straight six Mayers off Tanvir opened the floodgates as 53 runs flowed in the next four overs.

It was more of well-timed shots finding fielders with regularity than anything special from the bowlers that kept pulling the Tridents back. However, the St. Kitts camp kept their chins up and portrayed a positive body language throughout, despite the run rate inching towards the double-digit mark.

Ben Dunk’s catch at long on to dismiss Holder and Lewis’ electrifying direct hit to run Jonathan Carter out lit up the evening. All said from eight for three and having only one partnership of any note, Tridents did well to cross the 150-mark. Given their strength in their spin department and heavy dew neutralizing it, the target of 154 had set up a fantastic contest.