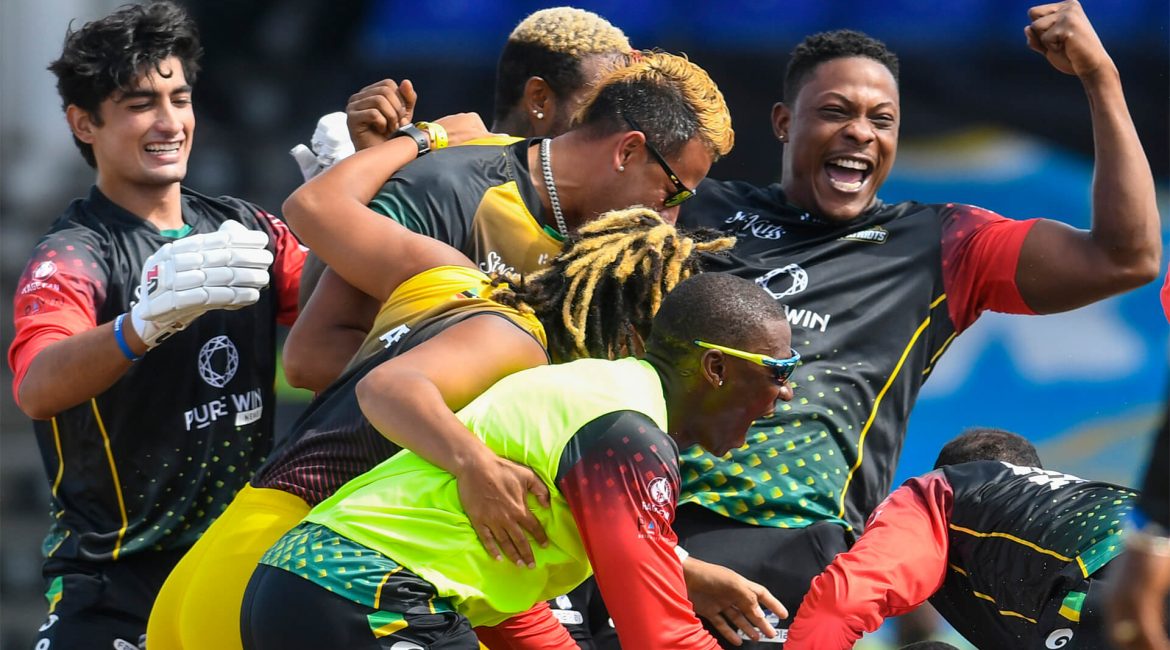 Earlier SLK had Keemo Paul a lot to thank for after electing to bat. At the end of the 16th over, the score read a far from satisfactory 107 for five. Paul had other ideas in the last four overs, putting his long handle to blazing effect; the speedster struck five well-timed sixes that propelled the score to 159. A good 52 runs were added in the last four overs.

A summit clash and the general consensus is to add 15 runs as scoreboard and big match pressure. SLK were easily the happier of the two units during the break. Rahkeem Cornwall and Chase scored contrasting 43’s. while the former was all stand deliver, the latter was all controlled aggression.

Barring the one over from Dominic Drakes where Paul smoked three sixes, there was no other passage of play where SKNP got things wrong. It was another day where the skipper could not bring himself on to bowl and that hurt the team in terms of options. Fabian Allen who took the new ball and Naseem Shah were the guns with the ball on the big day.

It was a target that was just about par and one that set up a nice final, the tournament so richly deserved.

In pursuit of 160, the hosts just couldn’t get their top-order batsmen to turn up on the big day. A lot was expected from Chris Gayle, who failed to trouble the scorers. Evin Lewis, who has carried much of the responsibility this season, fell early to a fine tumbling catch by Roston Chase. Once the openers were dislodged, it was an uphill task for the rest of the batsman. SLK must have fancied their chances especially when the lack of firepower in the middle order was noticeable.

From that point onwards, it was just an extraordinary effort from Drakes. He just went about playing his natural game and the situation of the game or the quality of the opposition hardly mattered to the youngster.

For every Keemo Paul there is a Dominic Drakes. The Caribbean Premier League found a new and deserving winner in St. Kitts and Nevis Patriots in a classic final, befitting the big stage. St. Lucia Kings did everything within their power but Drakes was not to be denied. The last ball finish in favour of the home team is what the passionate crowd would have hoped for as well.

No credit will be enough for the astute leadership of Dwayne Bravo. He managed to rally his troops brilliantly and always had the knack of getting the best out of his team and punching above their weight.