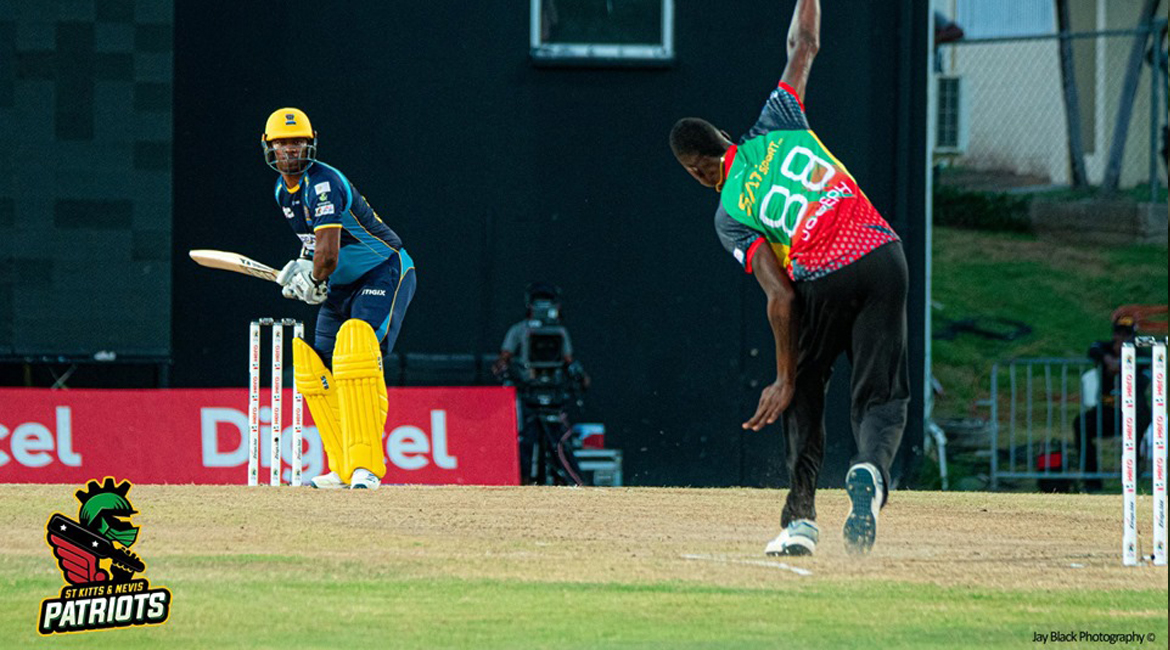 Patriots Go Down To Tridents Bowlers

The St. Kitts and Nevis Patriots will spend some time to get things right ahead of their next game in the 2019 Hero Caribbean Premier League T-20 tournament. In a post-match interview, Patriots captain Carlos Brathwaite spoke of the team’s 18-run loss against the Barbados Tridents, at the Warner Park Cricket Stadium, on Wednesday, coming off a history-making performance the Tuesday night against the Jamaica Tallawahs.

“I think we had a good first fifteen overs with the ball. I don’t think we finished off as well as we wanted to. We were chasing 180 as opposed to 160 and then with the bat we didn’t get our partnerships together. Well played to Laurie Evans again—second game, another good performance…but we never played together as a batting unit,” the captain said.
Looking ahead at the upcoming game against Guyana Amazon Warriors, Brathwaite said they will be going back to the drawing board. “We have practice; we will come together as a team again and we will look to see how we can move forward. Four games gone: one win three losses. That’s gone already. We will find ways to maximize the next six games and get into the final four,” a confident Brathwaite said.
But Tridents Captain Jason Holder knew this match was important to the team after some difficulties in previous matches. For him the team performed and delivered. Chasing 187 to defeat the Tridents, the Patriots began struggling early, as wickets fell regularly to the bowling attack of the Tridents.