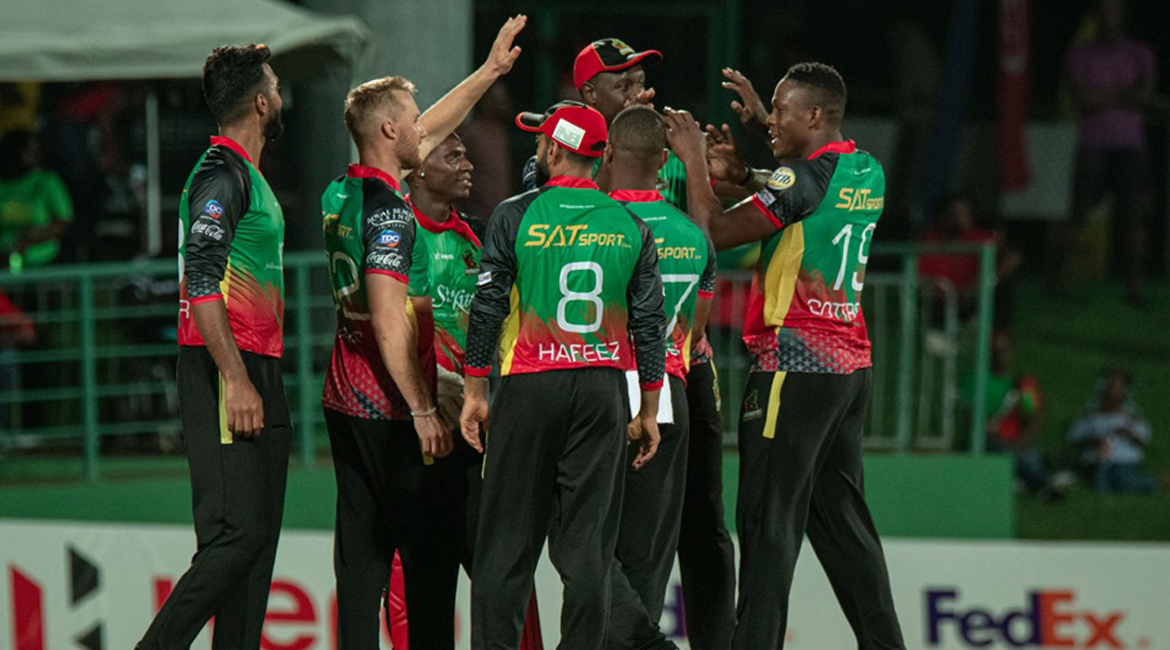 With their second win in home matches played at Warner Park, St. Kitts-Nevis Patriots Captain Carlos Brathwaite said good all-round performance made the right outcome. Speaking after defeating the St. Lucia Zouks on Sunday September 15th, Braithwaite commended the discipline of the players in the Sunday match, a factor, he said, will be taken into the last home match against the Trinbago Knight Riders.

“I think we put in a good bowling performance…and then it was a professional batting performance, from the openers all the way down to the finish. To be as clinical as we were and finish it in 14/15 overs is very, very well done,” he said. Brathwaite noted that everything that was needed, the players followed through with, including taking catches and fielding well. “Tonight we saw two excellent catches from Devon Thomas from behind the stumps. We spoke about getting early wickets…everything we asked for after yesterday’s game (versus Amazon Warriors), the guys responded with. I just hope that the fans can take that away and heading into the holiday tomorrow and then come back on Tuesday and use tomorrow to be refreshed,” Brathwaite added.

Meanwhile, St. Lucia Zouks Captain Daren Sammy lamented the inability of the batsmen to place enough runs on the board. Completing the inning at 138 for 9, the St. Lucia Zouks suffered from inroads made by Patriots new comer Akeem Jordan, who helped force the Zouks into defensive mode, with figures of 4 for 33. Then it was Patriots’ Evin Lewis’ turn to shine smashing a strong 69 off 35 balls. It was also this match that enabled Lewis to score his 100th Hero CPL T20 six, following Chris Gayle into the CPL history books.