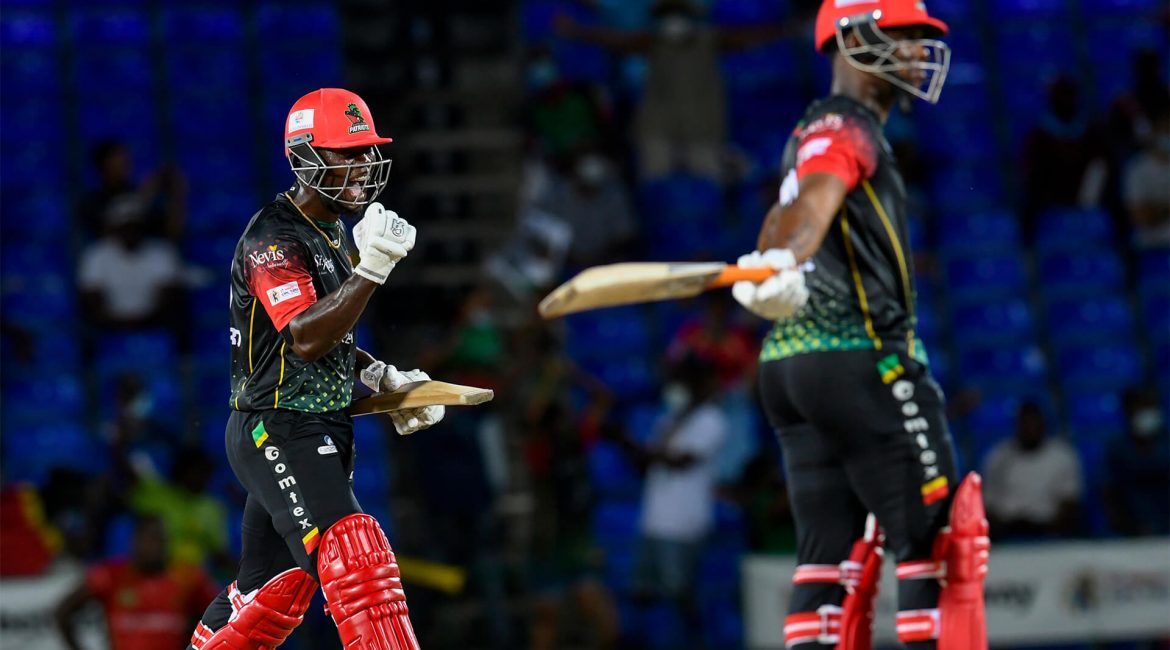 Earlier, Bravo continued with his trusted method of putting the opponents to bat first. A knockout game requires one top-order batter to go right through the innings. There were many starts but none big enough to bat the opposition out of the game. Brendon King and Hemraj both fell at 27 and it took some time coming to add pressure on the middle order.

Nicholas Pooran did not make the most of a dropped chance and could contribute only 26. Only a late burst from Shimron Hetmyer took the score close to 180. As usual practice the main spinners, Fawad Ahmed and Jon-Russ Jaggesar were exceptional, giving away 41 runs with four wickets in eight overs between them.

It was the perfect team effort any think tank would be proud of, especially when approaching a summit clash.

Skipper Dwayne Bravo who marshaled his troops extremely well in the field, played a steady hand of 34 while his openers were trigger happy throughout. None of the bowlers made any impression on Lewis as he marched on from where he left off from his last innings. The southpaws hit a combined 11 sixes and eight boundaries during their 76-run opening stand.

The second wicket stand was worth 88 and despite the quick loss of Bravo and Fabian Allen, there were no hiccups as Lewis took the hosts home with Sherfane Rutherford for company.

Analytics can take a backseat when Chris Gayle and Evin Lewis turn up in this mood. By no stretch of imagination was 179 an easy chase. The conditions were loaded in favour of the batsmen no doubt. The dynamic duo made it look so simple and their rampage at the start helped SKNP canter home in the 18th over against Guyana Amazon Warriors in the semi-final.

The big game players arrived at the party in style and had fun while also making sure their team had a rightful place in the final of Caribbean Premier League. St. Kitts and Nevis Patriots have done this once before and would love to go one step further when they meet St. Lucia Kings in a matter of hours from now.