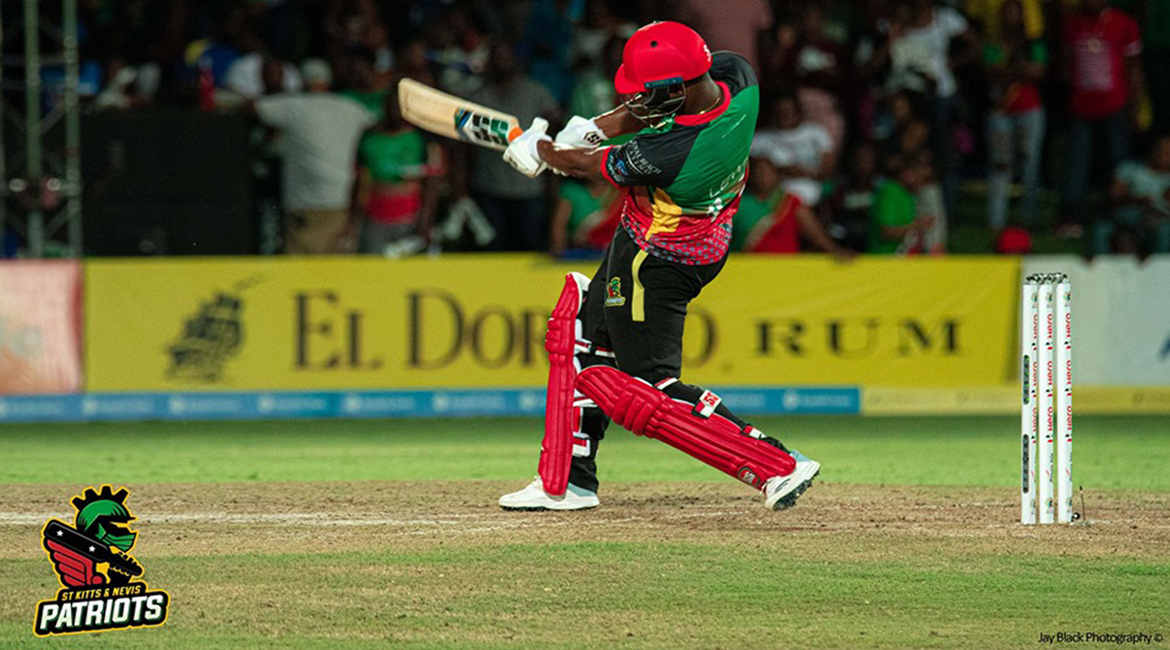 It was a night of cricketing fireworks, as the St. Kitts and Nevis Patriots chased down the highest score yet in the Hero Caribbean Premier League (CPL) T-20 tournament. A commanding century by ‘Universe Boss,’ Chris Gayle, ably supported by his teammates, could not prevent a determined SKN Patriots team from stamping its authority on the first match on the team’s home ground, Warner Park, for the 2019 season.

The Jamaica Tallawahs made an impressive 241/4, but the SKN Patriots were not to be outdone, as sixes ‘rained’ in an attacking series of stroke play from various batsmen, led by Man-of-the-Match, Evin Lewis. Lewis created history by scoring the fastest half-century in the history of the CPL comprised of six Hero Maximums and three fours in just 17 balls. When the batting assault was complete, the Patriots had made history by becoming the team to score the highest number of runs in the CPL T-20 tournament, at 242 for 6.

Team Captain Carlos Brathwaite said the win was a confidence booster, as the team looks forward to winning their remaining matches. “As a team, we are still finding our feet. Fortunately, or unfortunately for us we had a few games back to back to back. We have not really had a chance to settle in the competition and reflect. What we have been doing is thinking on our feet and going about it the way we see fit. Today we made a few changes…as a unit batting and bowling we just want to continue to get better, be more clinical with the ball and be more clinical with the bat as we have been doing,” Brathwaite said.

Man of the Match Evin Lewis said afterwards that it was difficult for them to chase the big target, but had the home fans support to pull them over the line. “It was pretty difficult for us. As a team it is difficult to win games (outside from St. Kitts). We are home now so we are comfortable and it is important that we give our home fans something to cheer about and I know giving them this victory means a lot to them and it means a lot to us also,” he said.