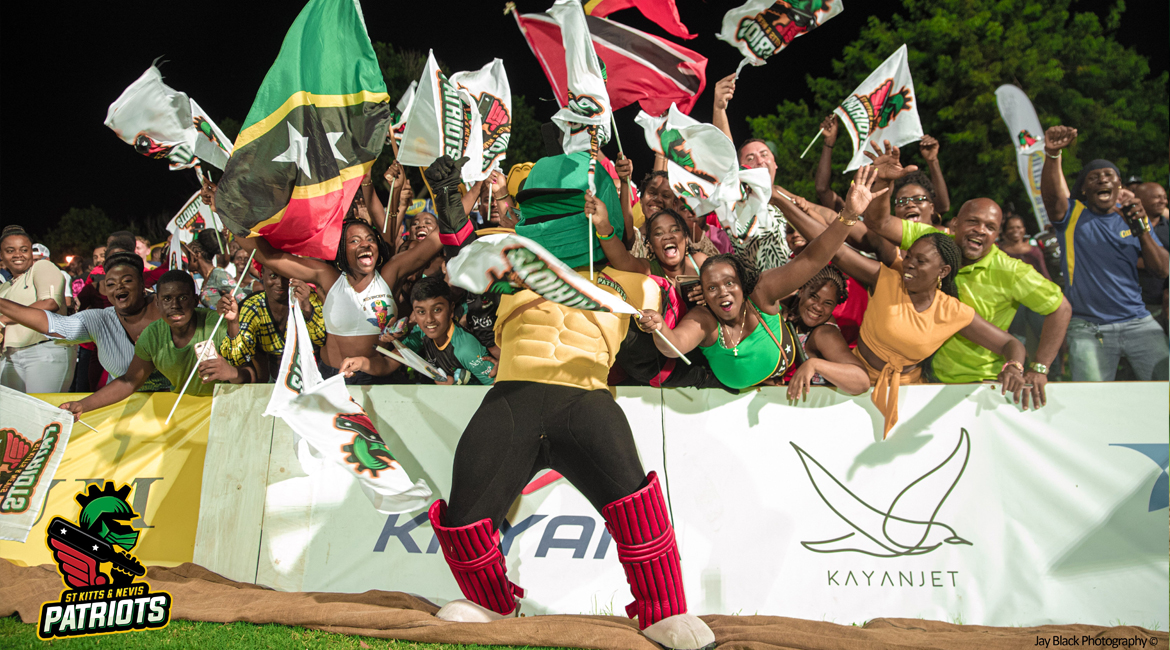 Fans of the St. Kitts-Nevis Patriots could not have asked for a better Independence gift than the thrilling match that ended in a Super Over in the 2019 CPL T20 tournament at Warner Park. In fact, the Patriots pulled off an impressive victory over the unbeaten Trinbago Knight Riders in the second high scoring match of the home games on September 17th.

It was a match in which Patriots Captain Carlos Brathwaite found his batting form in a crucial game, when he struck a commanding innings with 64 runs along with Evin Lewis, as they pursued the Trinbago Knight Riders score of 216. Tied with Knight Riders score of 216, the match was forced into a Super Over in which Brathwaite showed leadership. Speaking with the Media, following what was arguably the most exciting match in the CPL T20 tournament so far in 2019, Brathwaite was delighted with the overall performance of the team.

“To be fair, the best conversations were after the losses. It was great to see everyone stuck together, everyone had a drink together, whether alcoholic or non-alcoholic and we shared our thoughts. We were honest with each other whether it was positive or negative and we created a family in that dressing room. I am so proud to be leading those group of players.”

Brathwaite said it was good to be able to give the Patriots fans in St. Kitts and Nevis a great independence gift, and a booster going into their upcoming games. “Fans turned up here in their numbers for five games. We were able to give them three wins…we would have love to go away undefeated or with four wins but as a team we will take that. We have three more games on the road. We want to finish strongly, qualify for the final four and then it’s anyone’s game from there.”

At the end of the match, Patriots players did a lap of honor to greet fans and thanked them for their support over the five games. The Patriots next play the Jamaica Tallawahs at the Sabina Park in Jamaica on Independence Day September 19.