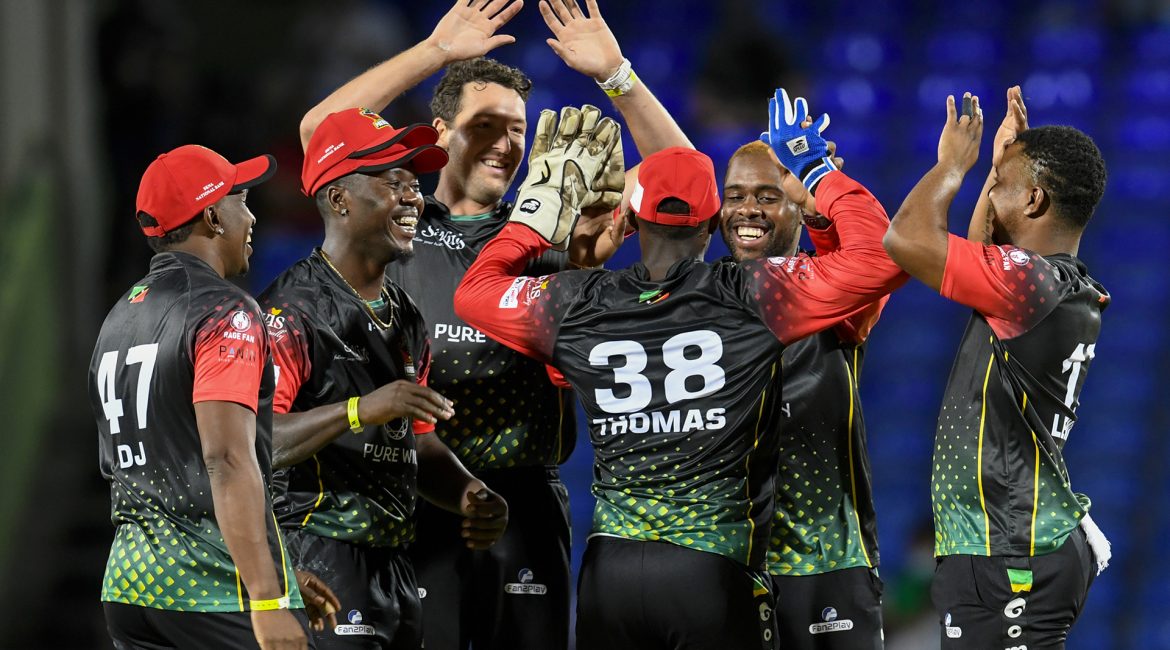 A careful selection of objectives and precise execution helped St. Kitts and Nevis Patriots usher in the 2021 Caribbean Premier League with a resounding 21–run win over Barbados Royals at the Warner Park Sports Complex.

The new look SKNP had an answer to everything the Royals threw at them. From electing to bat and posting formidable total to complete professionalism in the field, Dwayne Bravo and his men proved why they are one of the favourites this season.

No credit will be much for the bowlers who followed their batsmen with a clinical performance. Sheldon Cotrell, Dominic Drakes, Fawad Ahmed and Fabian Allen never allowed the Royals to break free in the chase. Always behind on the asking rate, Royals could muster only 154.  The catching was the icing on the cake.

Earlier a brilliant rearguard action from Bravo and Rutherford ensured a fighting total for the bowlers. It was a wonderfully constructed partnership that took time to shape and once it did, it took off at break-neck speed.

It did not start easy for the duo, despite a flurry of hits over the fence, they struggled to take the run rate beyond six per over. And it was not until the 13th over where the bat was finally on top. Using the angles well, Bravo found the boundaries with amazing regularity while Rutherford did what he does best – hit the ball hard.

The start was anything that St. Kitts would have hoped for. The newly christened Royals were well served by their new ball merchants. Mohammed Amir and Holder aided by a gushy breeze sowed the seeds of doubt with movement and Oshane Thomas’ pace took over from there.

Clocking in the mid 140’s the youngster hurried the batsmen each ball and his three-wicket burst reduced SKNP to 39 for four in the eighth over.

The final tally of 175 looked a distant dream at that point before the stunning 115-run stand set the league alight.