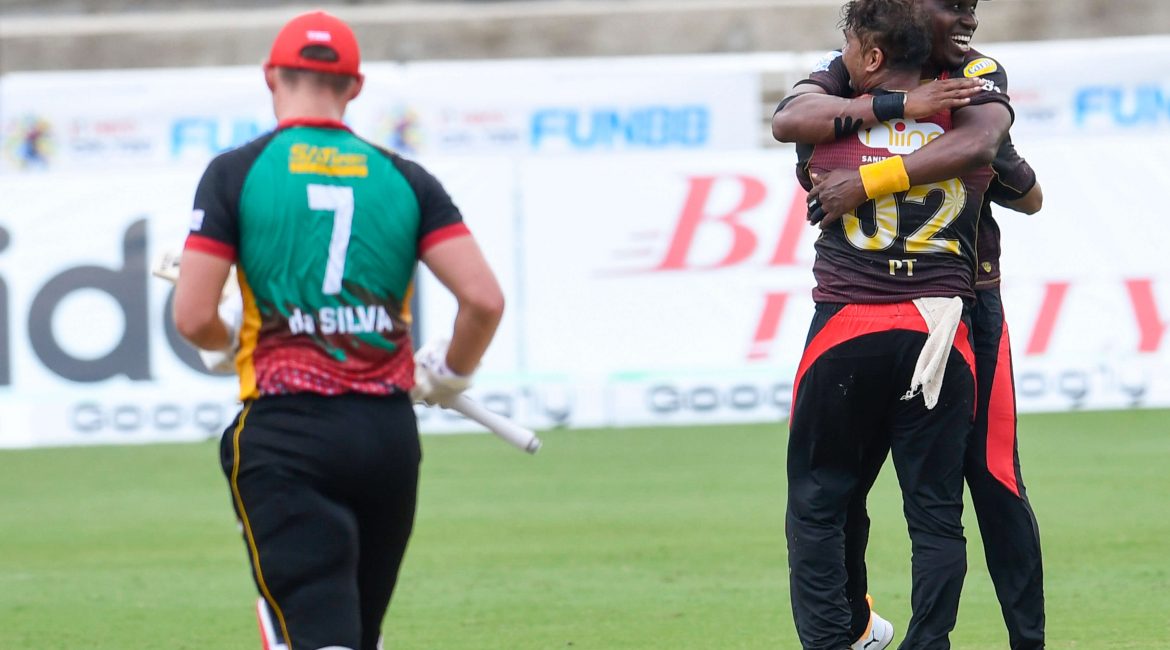 The gulf in class showed from start to finish. There is a reason why Trinbago Knight Riders are on top of the totem pole this season while; St. Kitts and Nevis Patriots are at the bottom of the pile. Despite not playing their best team, Knight Riders beat the Patriots by 59 comfortable runs.

Chasing 175 for an improbable win, the Patriots lost Evan Lewis early before Joshua Da Silva and Chris Lynn tried putting the innings on course. Lynn struggling for timing and unable to pick the gaps was a sorry sight. The Australian played as many as 29 dot balls off the first 46 he received. The match was well and truly out of their hands.

Veteran Pravin Tambe was the pick of the bowlers. His guile and craft was too much to handle as he finished with the wicket of Joshua, having given only 12 runs.

Earlier riding on a well-compiled 96 (63b, 7×4, 6×7) by Lendl Simmons, Knight Riders reached a well above par of 174. The Patriots looked sharp in patches. Sheldon Cottrell’s athletic run-out of Amir Jangoo set things in motion for the Patriots. Colin Munro was forced to retire hurt after injuring his finger.

At that point, it looked like the Knight Riders had to dig deep to keep their unbeaten record safe. And the partnership between Simmons and Darren Bravo did just that. In recording the highest partnership of this CPL, the duo ensured their team had a good score to bowl at.

Despite the poor returns this season, none could fault Rayad Emrit’s commitment and skill with the ball. However not bowling Imran Khan through the innings defied case logic. The Knight Riders went into the game making some wholesale changes. Seniors Sunil Narine and Kieron Pollard rested themselves in order to check the bench strength ahead of the knockouts.